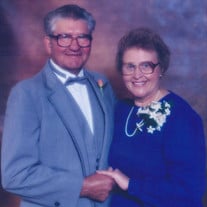 Agnes Seiler Kahut Agnes was born in Silverton, OR to Martin and Bertha (Predeek) Seiler. She attended St Mary’s School and graduated from Mt Angel Academy in 1941. She went on to Salem Business College. During WWII, she worked in the clerical department of Mt Angel Coop Creamery. She was one of many helping Fr. Hildebrand, O.S.B. with war correspondence between the boys overseas and the ones on the home front. After his discharge from the Navy, she married Tony Kohut, March 5, 1946. Moving to Woodburn, she worked in the payroll department of General Foods, Birds Eye Division. In 1950, with Tony, they founded Kohut’s Shell. They belonged to Oregon Gasoline Dealers Association for the next 35 years. After daughters serious car accident, 1968 she joined New Orleans American Academy for Human Development. In 1970 she co-founded Woodburn’s Hope and Help Center. In 1970, Agnes acting as president of Woodburn Fire and Police Auxiliary, appointed a committee to head the aging American Citizens Assistance Program. The purpose was to administer aid to the aged. Agnes was preceded in death by her husband Tony, parents, sister’s Marcella Greenthal Marie Berning and brother, Dr. Bernard Seiler. Agnes is survived by her children, Rodney Kahut of Portland, Jeff Kahut (Leta) of Canby, Ginger Kahut of Woodburn, Kate Halvorsen (Mark) of Sunriver and brother, Joe Seiler of Mt Angel. She is also survived by 2 beautiful grandsons, Chris Stueve of Seattle, and Mitchell Halvorson of Eugene, OR. Funeral mass will be held at St Luke Catholic Church in Woodburn, Friday September 9th at 10:30am.

Agnes Seiler Kahut Agnes was born in Silverton, OR to Martin and Bertha (Predeek) Seiler. She attended St Mary&#8217;s School and graduated from Mt Angel Academy in 1941. She went on to Salem Business College. During WWII, she worked in... View Obituary & Service Information

The family of Agnes Elizabeth Kahut created this Life Tributes page to make it easy to share your memories.

Agnes was born in Silverton, OR to Martin...