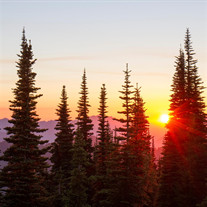 Art was born on July 10, 1931, in Hubbard, Oregon. He died from metastatic cancer December 7, 2018, with his wife of 47 years at his side. The first sixteen years of Art’s life were spent in Aurora, Oregon. His grandparents were members of the original Aurora Colony. He graduated from Aurora Grade School in 1945. His family later moved from Aurora to Hermiston, Oregon, where he graduated from High School in 1949. Art served in the United States Air Force during the Korean War. Upon completion of four years service, he returned to Oregon and enrolled at the University of Oregon where he received a B.S. in history in 1958 and an M.S. in counseling and guidance in 1961. In 1971 he married Kristine Ask. They remained married until his death. It was always just the two of them; they did not have children. Art was employed as a teacher and counselor at Pendleton High School for seven years beginning in 1961. He was later employed by the Vocational Rehabilitation Division for fourteen years setting up employment opportunities for mentally challenged youth throughout the State. He worked for the State Health Division for eight years in media and community relations. Subsequently he became a registered private lobbyist in Salem representing various health interests. Art and Kristine traveled widely during their working years. They visited more than eighty different countries by individual trips, cruises and private tours. Retirement was filled with more travel. After retirement, Art audited several classes at Portland State University. He served on his homeowner’s association board for many years and spent a great deal of time reading. For decades he enjoyed attending seasons of opera, symphony, ballet and theater. Art was preceded in death by his father, mother, brother and sister. He is survived by his loving wife, Kristine, a niece, and several nephews. He will be fondly remembered for his intellect, sense of humor, ability to talk with anybody about anything (and regularly did!) and just plain goodness. He was a treasure and will be greatly missed by all who were fortunate to know him.

Art was born on July 10, 1931, in Hubbard, Oregon. He died from metastatic cancer December 7, 2018, with his wife of 47 years at his side. The first sixteen years of Art&#8217;s life were spent in Aurora, Oregon. His grandparents were members... View Obituary & Service Information

The family of Arthur W Keil Jr created this Life Tributes page to make it easy to share your memories.