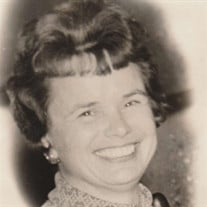 Carleene L. Compton was born September 27, 1932, in Liberal, Kansas to Melvin and Marion Helsel. She died June 30, 2017 in Woodburn. Carleene was raised in Woodburn with her two brothers and two sisters. She graduated from Woodburn High School in 1951 and attended Western Oregon College. She married Harry (Bud) Maxwell in 1953 and they made their home in Gardiner, where their son, Jim was born. In 1958, they moved to Prospect where they welcomed a second son, Mike. They lived there until 1966, when the family moved to Reedsport. Carleene and Bud divorced and she married Glen (Bud) Compton. They later divorced. Carlene worked as a bookkeeper for Leo Carey CPA and she and her husband’s business, Comp-Co Logging. In her later years, she worked as bookkeeper for The Umpqua Post newspaper from 1996 until her retirement in 2003. She was very active in the Reedsport community and served on many civic boards and organizations. Carleene served as President of the Reedsport/Winchester Bay Chamber of Commerce and then as Secretary for the organization for many years. A tireless volunteer, Carleene worked at every event and always stepped forward to welcome and mentor newcomers to the organizations she belonged to. She also was a member of the Lower Umpqua Hospital Auxiliary and Foundation Board, serving as President of the Foundation for several years. Carleene received many awards over the years from the Chamber of Commerce, including Business Person of the Year. Another organization close to Carleene’s heart was the P.E.O. Chapter BZ. Carleene had been a recipient of a scholarship from the P.E.O. when she was a college student and became a member of the P.E.O. Sisterhood in 1967 when she was initiated into the Reedsport Chapter. Carleene served as president of that chapter four different times and held many of the various offices. She was passionate about raising funds to support other women seeking an education. Carleene was the driving force behind the yearly carnation sale which is one of the most successful money raisers in the chapter’s history. Carleene was recognized in the national magazine, The P.E.O. Record, for her outstanding work in the community of Reedsport. Carleene was preceded in death by her brothers, Wayne and Marvin; and daughter-in-law Patty. She is survived by her sister Mary McKay of St. Paul and twin sister Caroline Hastings of San Jose, Calif.; son, Jim Maxwell and wife Laura of Bristol, Tenn.; son, Mike Maxwell and wife Patty; and grandchildren Kayla Ridner, James Maxwell and Mackenzie Maxwell.

Carleene L. Compton was born September 27, 1932, in Liberal, Kansas to Melvin and Marion Helsel. She died June 30, 2017 in Woodburn. Carleene was raised in Woodburn with her two brothers and two sisters. She graduated from Woodburn High School... View Obituary & Service Information

The family of Carleene Lou Compton created this Life Tributes page to make it easy to share your memories.