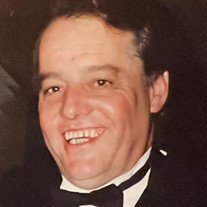 December 16, 1947 – August 14, 2021 Dennis Marvin Lauer, of Wilsonville, Oregon passed away unexpectedly on Saturday, August 14, 2021, at the age of 73. He was born on December 16, 1947, in Grosse Pointe Farms, Michigan to Harold and Mary Lucille (nee: Plante) Lauer and later, was joined and lovingly raised by his stepmother, Lois Lauer (nee: Moeller). He attended Pierce Junior High in Redford, Michigan. Dennis joined the Navy when he was 17 years old and served for over three years including multiple combat tours during the Vietnam War. Some of the awards he earned in the U.S. Navy include the National Defense Service Medal, Vietnam Service Medal (with 2 Bronze Stars) and the Vietnam Campaign Medal. During his service, he was exposed to Agent Orange while assigned to the USS LST-1159 Tom Green County while in Vietnam and was ultimately diagnosed with Service-related Parkinson’s Disease in 2012. Dennis worked briefly for General Motors and then went on to learn Mold Polishing in a mold shop in Michigan, which would shape the rest of his professional life. He ultimately owned his own mold polishing businesses in both California and Oregon. He was very involved in the Plastic Industry Association and was invited to conduct several presentations during their annual conventions where he demonstrated tools of the trade and shared training techniques to the attendees. He even had the opportunity to work for Mattel and traveled all over the world for them. Dennis’ first passion after his family was his love of Harley Davidson motorcycles, both riding them and customizing his bikes with lots of chrome and accessories. He and his wife Barbara would ride to Rallies throughout the Northwest and even attended the world-famous Sturgis Rally located in South Dakota. Dennis also loved the outdoors and always included his family in the great adventures he would discover. He led the family on various trips on their 37-foot sailboat from Dana Point to Catalina Island, Newport Beach, and Long Beach, California. He was also very involved in horses and enjoyed riding the trails as a family. Dennis shared his love of fishing, drag racing, motocross racing, as well as off-road riding of quads where he and the entire family went riding many weekends at the sand dunes along the Oregon coast. Dennis is survived by his wife of 52 years, Barbara L. (nee: Schwede), daughters, Sherry Lauer, Tammy Chase (husband David), son, Shawn Lauer; grandson Taylor, granddaughters, Tiffany, Kristyn, Tonya and Tasha, and great grandchildren, Adelynn, Julian, Jayce, Jacoby, and Jamison. Dennis will be interned on August 14, 2022, at the Willamette National Cemetery with full military honors. Please share a memory or condolences with his family at www.cornwellcolonial.com.

The family of Dennis Marvin Lauer created this Life Tributes page to make it easy to share your memories.