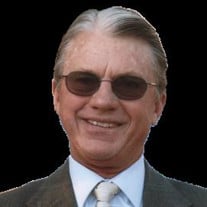 Don Keith Alexander December 18, 1947 – February 8, 2020 Surrounded by his loving family, Don passed away on Saturday, February 8, 2020 at 3:00 in the afternoon at his home in West Linn, Oregon. He was 72. Don was born in La Mesa, California, to Vivian and Sherman Alexander. Don spent his childhood in sunny La Mesa, California. The self-identified “soul surfer” worked and played at the beach, spending many years as a lifeguard at the Silver Strand and North County State Beaches. Don attended Helix High School and enjoyed participating in competitive swimming and baseball. He was a natural leader and served as the senior class President. Don attended University of California, San Diego where he earned a BA in Biology in 1970 and his teaching credential in 1972. Don also earned a Master of Arts in Teaching at University of San Francisco in 1991. Following his vocation, Don became a teacher in 1973 and spent the next 37 years teaching and mentoring high school and middle school youth. He taught at Marin Academy in San Rafael, California for 27 years, and Marin Country Day School in Corte Madera, California for 10 years. He inspired students through his Chemistry and Mathematics classes, the Foundations of Science program that he developed, and a field trip-based Oceanography course that lead students to the beaches and estuaries of the Bay Area. Don’s dedication and desire to see students thrive went beyond the classroom. He was the head Swimming Coach of many championship teams, led outings, served as the Athletic Director, and helped students acculturate to high school as Dean of the Freshman Class. Throughout his teaching career, Don’s humor, kindness, and authenticity made him someone students and faculty sought out, and his impact is still felt today. Don was goal oriented, talented in sports, and graceful in motion. He competed in many triathlons during the late 70’s and early 80’s. His most notable accomplishment was the completion of the Hawai’i Kona Ironman Triathlon on the island of Oahu in 1982. Don had many hobbies including surfing, cycling, running, scuba and free diving, carpentry, and flying glider and power planes. Don came down with carcinoma of the esophagus, and he faced his declining health with grace and humility. Don found that connections between human beings are the beauty of life, and he was so appreciative of all who were a part of his, from his loving family and friends to the incredible doctors and nurses who treated him. Don passed away feeling very grateful for all the people who made his life so rich in friendship and love. Don was married for 46 years. He was a source of wisdom and encouragement for all and the most wonderful husband, father, grandfather, mentor, and dear friend. He is survived by his wife Donna Alexander, daughter Crystal Jud, son-in-law Shems Jud, daughter April Alexander, daughter-in-law Jessica Johnson, and his two grandchildren. He is preceded in death by his parents Vivian and Sherman Alexander and his mother-in-law and father-in-law Dorothea and Donald Schultz. We invite you to join us in holding Don and his family in our thoughts. Don would be happy for remembrances in his name to Guide Dogs for the Blind or The Surfrider Foundation.

The family of Don Keith Alexander created this Life Tributes page to make it easy to share your memories.