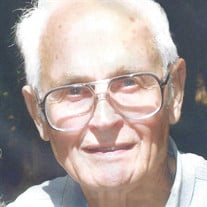 Donald Keith Troxel, 89, passed away at home on 12/31/2020 with his wife and daughter at his side. He was born in 1931 to Kristina Ronning Troxel and Frederick Troxel in Corvallis, Oregon at his Grandma Troxel’s house. He is survived by his wife, Rosemary, daughter Janna Sondenaa of Wilsonville, Oregon, Son Leonard (Carol) Troxel of Yuma, Arizona, brother John Troxel of Milwaukie, Oregon, and 3 grandchildren: Brianna Skipper (Tommy), Seth Sondenaa, and Daniel Kai Troxel. Growing up he lived in logging camps in the North Tillamook area as his dad was a logger and had his own logging company. He graduated from Nehalem High School in 1949 and worked in the woods for a couple of years before enrolling at Willamette University, ultimately transferring to University of Oregon before joining the Army. He was stationed in Germany during the Korean Conflict. Upon his discharge from the Army in 1957 he enrolled in Oregon State University (OSU) graduating in 1958 with a Degree in Business Administration with a minor in Forestry. In summer school 1957 while at OSU, he met Rosemary Ramsey who would become his wife in 1958. After graduation, Don secured a job with the Boeing Company and they moved to Renton, Washington. In 1972 they moved to McMinnville Oregon and he began a position as a business manager in Willamina, Oregon. He was transferred to the Lebanon, OR Champion plant in 1980 and when that plant was closed, he served as Business Manager at the Eugene, Or. Georgia Pacific Plant, retiring in 1996. After his retirement, he and Rosemary moved to Woodburn, Oregon to be closer to their daughter and grandchildren. The next several years they enjoyed watching them in their many activities as they had faithfully done with their children’s activities. Don was a true Christian man who lived his life with faith in God first and ensured that his family was brought up in the faith as well. He and Rosemary were charter members of Cross and Crown Lutheran Church in Renton, Washington and also belonged to ST. John Lutheran Church in McMinnville and Our Savior’s Lutheran Church in Lebanon, Oregon. At his passing, he belonged to Hope Lutheran Church in Woodburn, Oregon. and was a faithful Christian throughout his life. Don was very generous, ever faithful to his family, and never shied away from his responsibility of loving husband, father, and grandfather. He cared deeply for his family and always put their needs above his own. He was very unselfish and did many family activities to ensure his family had a broad range of experiences whether he enjoyed them or not. He followed his dad’s motto: “Always give a day’s work for a day’s pay”. He was selected as Optimist of the year in Lebanon, Oregon. He was a strong supporter or Lebanon High School sports, U of O sports, especially the track teams. He and Rosemary had season tickets to track and field for many years and thoroughly enjoyed attending. Don liked old movies, especially those with Humphrey Bogart or Errol Flynn, and if the right music was playing, he could be seen doing the “old soft shoe routine.” He was preceded in death by his parents. The family had a private graveside service in Corvallis, Oregon and are planning a memorial at a later date. In lieu of flowers, please send contributions to Hope Lutheran Church of Woodburn, Oregon or Serenity Hospice of Salem, Oregon.

Donald Keith Troxel, 89, passed away at home on 12/31/2020 with his wife and daughter at his side. He was born in 1931 to Kristina Ronning Troxel and Frederick Troxel in Corvallis, Oregon at his Grandma Troxel&#8217;s house. He is survived... View Obituary & Service Information

The family of Donald Keith Troxel created this Life Tributes page to make it easy to share your memories.