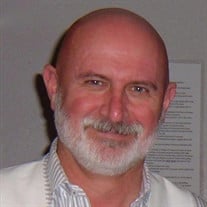 Doran Drew Woelke December 24, 1953 – December 17, 2016 Doran Woelke, of Lake Oswego, passed away unexpectedly on December 17th, just one week before his 63rd birthday. Doran was born on December 24th, 1953 to Dennis and Lila Woelke at Salem Hospital. He grew up in Woodburn, attending local public schools, enjoying boy scouts and playing many sports, including swimming, basketball, baseball, football, and bowling. At Woodburn High School, Doran was a popular and successful student athlete, and graduated in 1972. He then went on to graduate from Willamette University in 1976 with a degree in Economics. After college, Doran lived in Salem and played softball with the Chelsea and Epping teams, creating and strengthening friendships that would last for the rest of his years. As an adult, he was an avid racquetball and basketball player, and continued to play tennis with friends Curt, Rob, Dave, and John throughout his life. Doran’s professional career included working for the State of Oregon, First Pacific Corporation, and American Financial Services. He also used his programming expertise all along the West Coast, supporting a variety of businesses as an independent consultant. Doran was gifted and creative, and brought energy and humor to the workplace. Doran married Brenda Halverson in 1979, and later divorced in 1986. Their daughter Cassandra Woelke was born November 22, 1982. Doran not only shared his passion for music and sports with Cassie, but also instilled in her his values of honesty, empathy, reflection and gratitude. Doran and Julie Remboldt were engaged to be married, and recently enjoyed a romantic vacation to his favorite spot in Hawaii. Julie and Doran had a wonderful social life with their friends in Lake Oswego, and were a perfect complement for each other. They had been together for six years. Doran was loved by many, and often the life of the party to say the least! He was charismatic and known for his favorite sayings and one-liners, such as “live in the now". His friends and family gathered every Christmas Eve to celebrate his birthday with him for over 25 years, and many hope to continue to this tradition in his honor. Doran is survived by daughter Cassandra Woelke, parents Dennis and Lila Woelke, fiancée Julie Remboldt and her two sons, as well as sister-in-law Linda Woelke and her children. Brother Jerry Woelke predeceased Doran in July 2014. A Celebration of Life will be held on January 14th at 2:00 p.m. at the Elks Lodge in Silverton. In lieu of flowers, please consider a donation to the Woodburn High School basketball program.

The family of Doran Drew Woelke created this Life Tributes page to make it easy to share your memories.