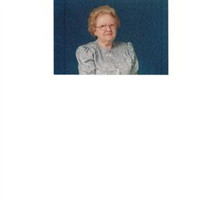 Eleanor O. Nelson passed away in Mount Angel, Oregon following a brief illness. Just a month earlier, she hosted a party at her home for some 50 relatives and friends to celebrate her 96th birthday. Eleanor was the eldest of four children of Ed and Olga Schwantes. She was born in Ridgefield, Washington and graduated from high school in Sandy, Oregon as her father moved between a series of carpentry and lumber jobs. After completing beauty school and starting a brief career as a hair dresser, she met Wilford Nelson at a dance. Wilford had been fishing for several years at Bristol Bay in Alaska with the aim of earning enough money to buy a farm in the Woodburn-Canby area of Oregon. He convinced Eleanor to marry him and they tied the knot on February 1, 1941. They lived on his farm on the corner of Barlow Road and Highway 211, for the next 56 years until Wilford’s death in 1997. Eleanor continued to live there until her death. The farm was home to their daughters, Janis and Sheryl until they went off to college and married. The farm was initially planted with Marion blackberries, but later expanded to grow turkeys. They subsequently purchased two additional farms in the area. Throughout the years, Eleanor worked as field hand, chief accountant, payroll clerk, and frequently cooked for the entire crew at the farm. Eleanor and Wilford enjoyed a busy and exciting life during the off-season, including many salmon fishing trips in the Columbia River and the ocean, snow-birding in Quartzite, AZ, and trips to Mexico, Alaska and a trip in their 5th-wheeler around the entire country. Eleanor was delighted in 1981 when Sheryl gave birth to granddaughter Shelly, followed in 1986 by Jan giving birth to grandson Ryan. In 2012, Ryan and his wife, Jennifer, added a first great-grandchild to Eleanor’s fold, young Rebecca. Then Shelly added a great-grandson, Rune, in 2015…and a second great-grandson, Zed, on March 1, 2016, only hours after Eleanor’s passing. As the wife of the oldest brother in the Nelson clan, Eleanor was always regarded as the matriarch of the family. Most of the sons and daughters of Wilford’s brothers worked at the farm during the summers and regarded it, and still do, as their second home. After Wilford’s passing, Eleanor continued to host gatherings of the family at the farm for quarterly “movie nights” plus all major holidays, and, of course, all of her many birthdays. What will we do without her? A memorial service will be held at Simon- Cornwell Colonial Chapel in Woodburn at 1pm on March 12, 2016, followed by a graveside service at Belle Passi cemetery where she will be interred beside Wilford. Following the graveside service, the family and friends are invited to the farm for a remembrance get-together and buffet. In lieu of flowers, the family suggests a donation to your local food bank in Eleanor’s name. Arrangements by Simon-Cornwell Colonial Chapel-Woodburn.

Eleanor O. Nelson passed away in Mount Angel, Oregon following a brief illness. Just a month earlier, she hosted a party at her home for some 50 relatives and friends to celebrate her 96th birthday. Eleanor was the eldest of four children... View Obituary & Service Information

The family of Eleanor Olga Nelson created this Life Tributes page to make it easy to share your memories.