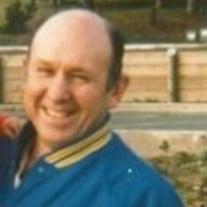 Beloved son, brother and uncle, Harley Laverne Meadors passed away on the evening of August 18th, 2020. Harley was the oldest son of Harley Murl and Erma Rush Meadors and the oldest brother of Shirley Railey, Kenneth Meadors, Harold Meadors, and Ganell Meadors Fulton. He is survived by nephew Kyle, son of Ganell; niece Shelly Kivett, nephews Randy, Kelly, Ron, daughter and sons of Kenneth; niece Kori Losoya, nephews Jeffrey, Chad, and Matt Meadors, daughter and sons of Harold; Sandy Kendall and Karla Railey, daughters of Shirley; and sister-in-law Elaine Meadors. Though he did not have children of his own, Harley was dearly loved by his many nieces and nephews and their children and he dearly loved them in return. He became known by all as Uncle Vern. He was born in Arkansas, but spent his formative years in Yuba City, California. With the rest of his family, he eventually found his way to Hubbard, Oregon, where he spent the remainder of his life. Uncle Vern spent 20 years employed by Smucker's cannery in Woodburn as a forklift operator, a position he was very proud of and happy to talk about. He also was an avid sports fan especially, of the Oregon State Beavers, New York Yankees, San Francisco 49ers, and Dallas Cowboys, but nothing compared to watching his nieces and nephews play football, basketball, and wrestling. Uncle Vern was a gentle man that loved unconditionally. Typically reserved, he had a wonderful ability to warmly connect with others in almost any setting. With tears and heavy hearts, his family is at peace knowing that Uncle Vern is reunited with his parents, and all his brothers and sisters If you wish to honor Uncle Vern's memory, the family requests donations to the ASPCA in his name - Uncle Vern loved all animals and dutifully donated to their protection.

The family of Harley Laverne Meadors created this Life Tributes page to make it easy to share your memories.