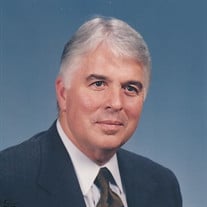 Jack Dean Reeves, PhD, was born in February 25, 1939 in Olympia, Washington and died peacefully of natural causes, 80 years later on July 17, 2019, in his home in Woodburn, Oregon with family at his side. Dr. Reeves spent 50 years of his life contributing to the improvement of public education for all students. He served as a teacher, bus driver, coach, assistant principal, principal, assistant superintendent, superintendent and board member in public school districts from coast to coast, Myrtle Point, Oregon & Sarasota, Florida as a teacher with many years as an administrator in five Texas School Districts, before returning to Oregon in 1996 as Superintendent of Woodburn School District, followed by his service on the Woodburn Board of Directors. While serving in each position Jack distinguished himself as a dedicated, visionary leader who made a difference in the lives of those he worked with and for, whether he was joking to get his point across, emulating his core values by taking unpopular leadership positions, or persuading staff and communities to change beliefs and practices around teaching and learning for students and staff. A lifelong learner, education was critical to Jack’s life. As a youngster, Jack attended elementary school in Lacey, Washington; moved to Toledo, Oregon for high school, graduated from Toledo High School; attended Pacific University on a football scholarship and graduated with a Bachelor’s degree to launch his teaching career. A few years later, he was drawn to the University of Texas in Austin, at different intervals, to study Science Education, Educational Leadership and Educational Administration, earning a Master’s Degree in Education and a Doctor of Philosophy Degree, as well as the licensure to propel his career leading schools and districts. Dr. Reeves always valued staff development and continuous improvement; he read research and professional journals voraciously, attended conferences, workshops, and professional development opportunities seeking new information or programs that were working. Jack knew the importance of participating in service organizations and volunteer opportunities to truly understand the needs of communities, thus he worked in the service organizations Rotary, Lions, Optimists, Chambers of Commerce and Toastmasters throughout his career. Jack was a loyal and compassionate friend to colleagues from high school, college, and schools, maintaining contact through the years. Though work was his main hobby, he loved family time, sports (football), travel to coastal waters for beach walks, searches in tide pools, crabbing and fishing, reading and spending quality time philosophizing with dear friends and family members. It seemed his creative thinking flowed best during beach walks with one of his beloved German Shepherds and wife, Linnie. He was always thinking and creating… Jack was preceded in death by his parents, John and Evelyn Reeves, and by his brothers, Doug Reeves and Bill Reeves. He also grieved the loss of his German Shepherds Princess, Inka, Thor, and Brutus. Jack is survived by his loving family: Linda, his wife of 34 years and Kaley (GS dog) of Woodburn, Oregon; daughter Kathleen Reeves (Laurie Johnson) of Soldotna, Alaska; Caregiver Tim Massey of Salem, Oregon; Sisters Margaret Trapold (Larry Fabian) of Fairview, Oregon and Kathleen (Jim) Monroe of Newport, Oregon; Brother David (Shelia) Reeves of Woodburn, Oregon; Sisters-in-Law Judith of Columbus, Ohio and Sandy (Glen) of Glen Ellyn , Illinois; Grandsons Kevin (Brittni) Gurganious of The Woodlands, Texas, and Ben Gurganious of Soldotna, Alaska; Great granddaughters Kaydence and Ellie Grace Gurganious; a host of nieces, nephews, cousins and many, many close friends who live both near and far. Special thanks to Dr. Maurice Golden and the professional care team of Willamette Valley Hospice who provided guidance in Jack’s final days with us. Dr. Jack Reeves is remembered as a remarkable man and visionary leader who lived a full and rich life following the adage “Do not follow where the path may lead. Go instead where there is not path and leave a trail.” He is and will be deeply missed until we meet again… A Celebration of Life to honor Jack D. Reeves will be held on Saturday, August 17, 2019 at 11:00 AM in the Lectorium of Woodburn High School at 1785 N. Front Street, Woodburn, Oregon 97071, followed by a reception in the Small Commons at the High School. In lieu of flowers, the family asks that guests bring a back pack filled with school supplies labeled for a particular grade level in Jack’s name. Please join the family in celebration of a life beautifully lived. “Arrangements entrusted to Simon Cornwell Colonial Chapel.” www.cornwellcolonial.com

Jack Dean Reeves, PhD, was born in February 25, 1939 in Olympia, Washington and died peacefully of natural causes, 80 years later on July 17, 2019, in his home in Woodburn, Oregon with family at his side. Dr. Reeves spent 50 years of his life... View Obituary & Service Information

The family of Jack Dean Reeves created this Life Tributes page to make it easy to share your memories.