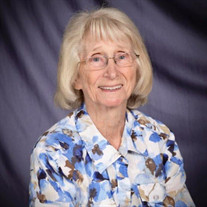 Jackie “Mother” Jeffries Jacqueline (Jackie) Jeffries, who was affectionately known as “Mother” to all, departed her loving family on December 29, 2021. Jackie was born in Foreman, Arkansas on January 24, 1933, to Electra and Chester Farrow. She married Randolph (Jeff) Jeffries on June 25, 1959, in Little Rock, Arkansas and they ventured to the pacific northwest in 1960. Jackie was mother to Teija, Tonya, John, Letitia (Tish), and Lisa. Jeff and Jackie raised their children with love and devotion in Molalla, OR and eventually Woodburn, OR. Jeff passed away in 1982 and Jackie finished raising Tish and Lisa as a single mother. As a young widow, Jackie was known for her strength, faith in God, and complete devotion to her family. She was an active member of the United Methodist Church (UMC) and Women’s Circle. Her hobbies included traveling, gardening, and playing scrabble. Having been the captain of her high school basketball team, she loved holding season tickets to the Blazers for many years (Blazer bus fun!). She enjoyed volunteering for Meals on Wheels for several years. Jackie most loved cooking (great southern meals!) and hosting Sunday and holiday family dinners. Jackie is survived by her children: Teija (Stan) Danskey, Tonya (Jon Wolf) Jeffries, John Jeffries, Letitia Dahl, and Lisa (Rick) Butler. She was devoted to her role as Grandmother to Jeffrey (Ashley), Patrick (Nora), Leah (Austin), Jonathan (Chloe), Jed, Jennifer, and Michael. She also adored her Great-grandchildren: Aiden, Alma, and Addilyn. Aside from the children she doted on, Jackie is survived by her sister Mandy (Paul), and several nieces and nephews. Jackie is preceded in death by her husband Jeff, four brothers, and two sisters. A viewing will be held at Simon-Cornwell Colonial Chapel on Thursday January 6th from 11:00 a.m. to 3:00 p.m. A private graveside service will be held at Willamette National Cemetery on January 13, 2022, at 10:00 a.m. A Celebration of Life will be held in the summer. In lieu of flowers, donations to the can be made in Jackie’s name to Meals on Wheels: Donate Now - Meals on Wheels (meals-on-wheels.com) or to the missions sponsored by the Woodburn UMC, 700 N. Cascade Drive, Woodburn, OR 97071.

The family of Jacqueline Joan Jeffries created this Life Tributes page to make it easy to share your memories.

Jacqueline (Jackie) Jeffries, who was...