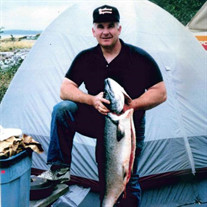 Keith Chesley Welch, 73, of Woodburn, Oregon, passed away on May 11th, 2018 at his home. Memorial services will be held at 2:00 pm Friday, June 8th at Midvalley Community Church 591 Gatch Street Woodburn, OR 97071, Jesse Hamberger of Mid Valley is officiating. Keith will be interned at the Willamette National Cemetery with full military honors at a private ceremony for family and close friends. Keith was born in Seattle, Washington to Chet and Leah Welch on August 20, 1944. He went to school at Ballard High School and attended Northwest Nazarene University. He married Constance Anne Jackson on September 19, 1970, in Seattle Washington. He worked in the transportation industry for almost 50 years, for several different companies including Allied Van lines, NorPack, Mayflower Moving & Storage, and May Trucking. He started his career as a truck driver, then transitioned into sales, warehouse operations and eventually owned his own Mayflower Office in Klamath Falls, Oregon. He was a veteran of the Vietnam War, served in the United States Air Force and was awarded a Commendation Medal and good conduct medal. He was a member of the Nazarene church in Seattle and Portland, and very involved in his local church Mid Valley Community in Woodburn. He volunteered his time coaching little league baseball during the time his two sons played. Keith loved to fish, hunt and watch the Seahawks with family and friends. He was a respected community member, a man of integrity and strong moral conviction. His commitment and love of Christ were evident in his love for his family and friends. Keith did not hesitate to reach out to those in need of friendship or resources. He was an amazing man and will be deeply missed by all who knew him. Keith is preceded in death by his parents Chet and Leah Welch, and his sister Wilma Borden. Keith is survived by his beloved wife of 47 yrs, Constance Welch, his three children and spouses Amy (Welch) Blakey, Keith Jr. and Jennifer Welch, Shawn and Debby Welch, his sisters and brothers, Winnie and Roy Jennings, Marv and Sug Daniels, Duane and Jan Jackson, Paddy and Alicia Kelley, Grant Borden, and many nieces and nephews, his Grandchildren Leah, Olivia and Gabriel Blakey, Joseph, Kayla, Krysta and Jessica Welch, Nathaen and Robert Welch, and his Great-grandchild Isabella Flores. The family of Keith Welch wishes to extend their sincere thanks to the Portland and Salem VA Medical Center physicians and nurses, and Providence Hospice staff who supported his care the last several months and final weeks. A special thanks to the pastors and Mid Valley Community church members who provided love and support to the family during their time of need. The family has requsted donations to Providence Benedictine Hospice in lieu of flowers?

The family of Keith Chesley Welch created this Life Tributes page to make it easy to share your memories.

Keith Chesley Welch, 73, of Woodburn, Oregon, passed away on...