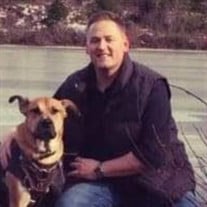 Kevin Daniel Fields (5/5/77-8/22/21) When Kevin and his brothers Jason and Jeremey were kids, he loved to tow them around with a motorcycle on a snow dish in the middle of an unplowed field. They wouldn’t drive with their mom because “she drove too slow.” That’s one thing Kevin never did: drive too slow. He drove fast cars, worked hard, and partied even harder. He believed in seizing every moment and living in the now. To him, there was nothing you couldn’t fix with good music. Kevin was the second oldest of four, following his older sister, Sara. While he moved dozens of times throughout his life, his greatest accomplishment was his lifelong friendships--some dating back to as young as 10 years old. While Kevin lived in Wilsonville, Oregon, his first love was Washington. As of August 2021, he’d have been in the car business for 25 years. Kevin loved his country music, drives, stereos, Woodford whiskey, skiing, and spending time at the beach. He loved to travel anywhere the mood took him, from Saint Lucia to Cabo. He would try anything at least once. He collected 1/100th scale sports cars--from Audis to Corvettes and muscle cars (such as a ‘69 Camaro SS). He also had at least 400 pairs of shoes. He was proud to be an uncle. He always wanted to be called Uncle Kevin--never Kevin. Kevin’s happiest moments were when his nieces and nephews were born and the day Jeremey got married. He even wore a kilt. For him, a perfect day was at the beach with friends and family and a drink in hand. There will never be another like him, and he would have wanted to be remembered humbly. The celebration of life will be held on October 9 at Memorial Park in Wilsonville, OR, with the time to come. Kevin is survived by Candyce & James Norris (Beaverton) Sara & Ben Camden (Milton Freewater) Jason Norris (Beaverton), Jeremey & Ann Norris (Beaverton). Nieces & Nephews: Ashlee, Robert & Makenzie McNicol (Walla Walla) Christian Warner ( Walla Walla) Kody, Allyson & Libby Thompson(New Haven, MO) Jessika, Brandon & Liam Humbert (Milton Freewater) Jadynce Beamer(Milton Freewater) Aurora Norris (Beaverton) & Jameson Miera (Walla Walla). Aunts & Uncles: Craig & Teri Binford(Seattle) Bill & Erica Norris(Canada), many cousins. Kevin also had 2 bonus sons Zack & Casey Summers.

Kevin Daniel Fields (5/5/77-8/22/21) When Kevin and his brothers Jason and Jeremey were kids, he loved to tow them around with a motorcycle on a snow dish in the middle of an unplowed field. They wouldn&#8217;t drive with their mom because... View Obituary & Service Information

The family of Kevin Daniel Fields created this Life Tributes page to make it easy to share your memories.

When Kevin and his brothers...