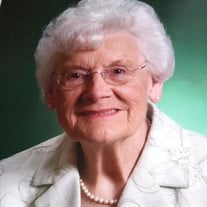 Loraine Donnelly Obituary Loraine Evelyn Donnelly, 92, passed away on January 4, 2020 at Windsong Memory Care with family members beside her. Loraine was born on March 2, 1927 in Long Valley, South Dakota to Vincent and Esther (Herrold) Dobbin. The family moved to Hillsboro, Oregon where she received her high school education. She worked at a Title and Trust Company following graduation, She married DuWayne Donnelly on July 31, 1948. Following their marriage, they lived in several different places before moving to Aurora, Oregon in 1963 where they purchased a farm and were long-time hazelnut growers. They owned the Canby Liquor Store where she worked for many years. After retirement, they lived in Florence, Oregon, moved back to Woodburn Senior Estates and then eventually to Country Meadows Retirement Center in Woodburn. Loraine loved taking care of her family and enjoyed playing cards, needlework, shopping and camping. She was a member of Immanuel Lutheran Church in Woodburn, OR. She was preceded in death by her husband, Duwayne; stepson, Allen; and son, Arnold. Loraine is survived by her son, David Donnelly and wife Debbie, and granddaughter, Carlie of Aurora, Oregon; her daughter-in-law, Carolyn Cory of Salem, Oregon; grandson Brent Donnelly and wife Heidi, great grandchildren, Grace, Calla, Violet, and Carsten of Three Forks, Montana; grandson, Chad Donnelly and wife Angela, great-grandchildren, Cole and Mackenzie of Banks, Oregon; grandson, Lance Donnelly and wife Kristina, great grandchildren, Laikyn, Haivyn, and Patience of Salem, Oregon. Services are being held at Cornwell Colonial Chapel on Thursday, January 9, 2020 at 2:00 p.m. with interment following at the Aurora Community Cemetery where she will be laid to rest between her husband and son. Memorial may be made to Willamette Valley Hospice or Shriners Hospital for Crippled Children.

The family of Loraine Evelyn Donnelly created this Life Tributes page to make it easy to share your memories.