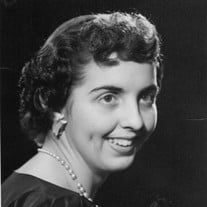 Mary Lou Will October 7, 1940 – November 5, 2016 Mary Lou passed away at home on November 5, 2016 with her family at her side. Mary Lou was born on October 7, 1940 in Sioux City, Iowa and the first child of Thomas Bockelman and Madelyn McQuirk Bockelman. Mary Lou met her future husband on December 13, 1957 in Mt Angel, Oregon on a blind date. Gary and Mary Lou were married on May 21, 1960. Mary Lou had several passions over her years, from collecting baseball cards to bowling. One great thing she cared about was the kids in our community. Mary Lou still has “kids” calling her coach as she taught bowling to the local youngsters for well over 20 years. She also was the president of the local Little League and every year you could find her out on a baseball field making sure everything was running smoothly. Mary Lou is survived by her spouse of 56 years Gary and sons, Gary Jr, Bryan, Roger, John, Thomas and daughter Teresa and her siblings of Robert, Barbara, Rosemary, Jean, Don, Peggy and Anthony. Her brother, Charlie preceded her in death. Mary Lou loved her family and her many Grandchildren and Great Grandchildren. Three Grandchildren were born on May 21st our anniversary. A service will be held on November 19, 2016 at 10:30 AM at St Luke Catholic Church, 417 Harrison St, Woodburn, Oregon 97071 with a lunch after the service. In lieu of flowers, contributions may be made to St Luke Catholic School, 417 Harrison St, Woodburn, Oregon 97071.

The family of Mary Lou Will created this Life Tributes page to make it easy to share your memories.