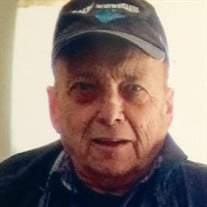 Nelson Leonard Currier, 72, passed into God’s care on March 17, 2017. His final days were spent in his home in Port Orford, Oregon with those he touched throughout the years by his side; his family and friends. Nelson was born on June 2, 1944 in Ogdensburg, New York to Nelson and Gloria Currier. He attended high school in Waddington, New York and later enlisted in the US Navy where he served his country from 1962 to 1965. During this time, he was transferred to Oregon. When it came to using his hands to create things, Nelson could accomplish anything he set his mind to. He self taught himself fine woodworking, home renovation and antique car restoration. He and his wife, Carol, created beauty in every corner of their Port Orford, Oregon home and enjoyed many years there together. Nelson worked for many years for Bell and GTE as a telephone repair specialist. After retirement, he worked at the local hardware store where he was surrounded by the things he enjoyed and where he made lifelong friendships. Nelson is survived by his wife of 28 years, Carol Currier; daughters, Katie McCormick and Stacey Currier; grandchildren, Kassandra Rusco, Alexander McCormick and Andrew Crino; and siblings, Joseph Currier and Carol Currier. He was preceded in death by his parents, Nelson and Gloria Currier; and sister, Connie Shoen. In honor of his service to his country, a private interment will be held at Willamette National Cemetery in Portland, Oregon. What would I give to clasp his hand, His happy face to see, To hear his voice and see his smile, That meant so much to me. You will be deeply missed and forever in our hearts. We love you.

Nelson Leonard Currier, 72, passed into God&#8217;s care on March 17, 2017. His final days were spent in his home in Port Orford, Oregon with those he touched throughout the years by his side; his family and friends. Nelson was born on June... View Obituary & Service Information

The family of Nelson Leonard Currier created this Life Tributes page to make it easy to share your memories.