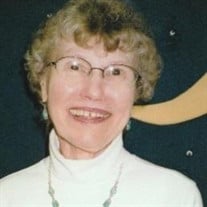 Patricia Jean Tomison was born to Wesley and Ethel Willcoxen in St. Cloud, MN on April 16th, 1934. She passed away on November 23rd, 2021. She was the oldest of four siblings – Pat, Janet, Ginger, and Gary. In 1948, she moved to Lebanon, OR and graduated from Albany High School in June of 1951. She also attended Oregon College of Education (OCE) in Monmouth, OR. She married Edward Isaac in December 1951 and they made their home in Salem, OR. She had two very welcomed sons, Ronald in 1955 and Terry in 1958. Sadly, Ed died in 1960. In 1961, she married Jerome Rue. As a young mom, she worked at various jobs around her children’s school schedules until 1970 when she went to work for the state of Oregon as an eligibility determiner for Adult and Family Services. She continued working when the programs split and was a case manager for Willamette Valley Senior Services. Pat married William (Bill) Tomison in 1988. They enjoyed traveling, square dancing and playing cards with their many friends until Bill’s death in 1999 then continued her travels with her beloved sister-in-law Jean. She married Vern Wayne in 2004. They enjoyed many years of ballroom and square dancing and shared many wonderful times together at the Keizer Salem Senior Center. Pat lived and enjoyed a full life. A good book could capture her attention, but her life wasn't lived through the imagination of others. The lure of travel and curiosity took her to many countries and corners of the world and she once snorkeled with her sons in Hawaii. If she had a motto, it was that life is more fun if you have an occasional glass of red wine. Hug, socialize, and laugh with your family and friends. Eat out. Dance. Play cards and Free Cell. Snuggle your pets. Travel and enjoy the beauty of a sunset. She is survived by spouse Vern, son Ron (Victoria), stepsons Trent Wayne (Handa) and Bill Tomison (Rita), sister Ginger (Albert), brother Gary (Cheryl), and many beloved grandchildren. Her sister Janet and her son Terry preceded her in death. Pat was a sweet and generous spirit who was appreciated and loved by all. Pat will be deeply missed by her family and her many friends. No memorial service will be held. In lieu of flowers, donations in Pat's honor can be made to your local Humane Society. To view Pat’s obituary, share memories and leave condolences, please visit, www.cornwellcolonial.com.

The family of Patricia Jean Tomison created this Life Tributes page to make it easy to share your memories.

Patricia Jean Tomison was born to Wesley and Ethel Willcoxen...