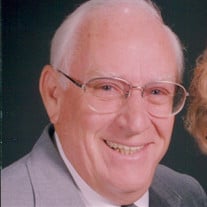 July 19, 2017 Obituary submission for: COL Raymond David Whelan, USA (RET) Point of Contact: Marilyn Whelan 1830 Thompson Rd Woodburn, OR 97071 (503) 507-2098 COL Raymond David Whelan, USA (RET) was born on March 21, 1933 in Salem, Oregon to Raphael (Ray) Whelan and Lenora Whelan. He died on July 15, 2017 surrounded by his family at Salem Hospital. Raymond graduated Sacred Heart High School in Salem in 1951. He married Inez (Millie) Isaac on September 19, 1953. They had three loving children; Debra (born 1954), Richard (born 1955) and Michael (born 1957).Raymond was proceeded in death by Millie on December 28, 1995 and Michael on March 21, 2003. Raymond and Marilyn Kauffman married on December 6, 1997. He greatlyenjoyed the company of his children; Rick Whelan and Deb Socorso, his two step children; Doug and Tim Kauffman and his step granddaughter, Ellie Kauffman, his grandchildren; Rob Whelan, Sean Socorso, and Katy Whelan, along with his three daughters-in-law; Connie,Cathy, and Kathryn and eight wonderful great-grandchildren.He is survived by his sister, Mary Ann Chandler of Salem, Oregon. Colonel Whelan served in the Oregon Army National Guard from February 19, 1951 through April 19, 1988 with distinction. He started as a Private in the Air Defense Artillery and progressed through many positions of leadership and responsibilityto retire as Deputy United States Property and Fiscal Officer, Oregon Army National Guard. Throughout his career, he maintained a highly respected rapport with his subordinates, peers, and superiors at the state and national levels. His very productive career was recognized by the state Governor as having a direct, and highly positive impact on Oregon’s state of readiness. Colonel Whelan was a distinguished member of the National Active and Retired Federal Employees Association and the Oregon National Guard Retirees Association. Raymond enjoyed many activities with his family and friends such as camping, fishing, boating, traveling, building radio controlled airplanes and singing with the Sunflower Chorus and the Salem Community Chorus. Raymond will be sorely missed by his many friends and family. Raymond’s graveside service will be on July 20, 2017 at Belcrest Memorial Park, 1295 Browning Ave. S. Salem, OR 97302.

The family of Raymond David Whelan created this Life Tributes page to make it easy to share your memories.