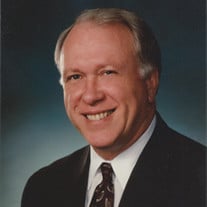 Robert “Bob” Michael Tanner passed away peacefully in his Wilsonville, Oregon home on Tuesday, March 26, 2019. He was 81 years old. Bob was born on October 4, 1937 in Omaha, Nebraska to Robert Burke Tanner and Mary O’Toole Tanner. He was the second of four children. Bob and his siblings, Mimi, Dick, and Nancy, enjoyed a childhood in Nebraska, Iowa, Georgia, Tennessee and Illinois. Bob graduated from Creighton Prep School in 1955 and credited his Jesuit education for much of his success in life. In 1961, Bob married Phyllis Darlene Rivera. They had four children and lived coast to coast, including Omaha, Chicago, Houston, Phoenix, Portland and Boston. Bob went back to school in the 1980’s and earned his Bachelor of Arts degree in Business. He was the valedictorian of his class. Bob enjoyed a distinguished career in the computer technology industry. He spent 20 years with Honeywell and later worked for Sequent, Interlake, Data General, Microtest and Safetylogic. His work took him to all the ends of the earth and he enjoyed sharing stories from the many countries he visited. Bob’s colleagues remember him as an extraordinary leader and mentor. He was very proud of his contributions to the early tech industry. In his retirement, Bob enjoyed spending time with his children’s families and his seven grandchildren, who lovingly called him Pop. He was the go-to babysitter and cherished his time with each grandchild. Bob’s family remembers him as a man who worked tirelessly but gave generously and always found time to tell a tall tale. Bob is survived by Phyllis, his wife of 46 years; his son, David (Rosemary); his daughter, Danielle (Dan); his daughter, Deborah; his son, Douglas (Sarah); his beloved grandchildren: Dominic, Tanner, Darian, Grayson, Haidyn, Jadon and Jesse; as well as his brother Richard (Diane) and his sister, Nancy (Jim), in addition to nieces, nephews and cousins. Bob was predeceased by his mother, Mary Tanner and his father, Robert B. Tanner; and his sister, Mary Margaret (Mimi) Tanner. A Funeral Mass will be celebrated on Friday, April 12, 2019 at 11:00 AM at Our Lady of the Lake Catholic Parish in Lake Oswego, OR. A reception will follow. All are welcome. Gifts in lieu of flowers may be made to Jesuit High School, Portland Oregon, Creighton Prep in Omaha Nebraska, or to the American Heart Association.

The family of Robert Michael Tanner created this Life Tributes page to make it easy to share your memories.

Robert “Bob” Michael Tanner passed away peacefully in his Wilsonville,...