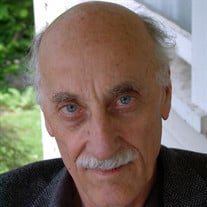 Victor Stanley Bollman Victor was born February 27, 1925 in Seattle, Washington. His parents were Dean Stanley Bollman and Marie Antoinette (Michea) Bollman of English, French, and German decent. He was educated in the Seattle public schools and graduated from the University of Washington in 1947 wit a BS degree in Electrical Engineering. He later received an MBA degree from Santa Clara University in 1966. Mr Bollman worked for 36 years in the California aerospace industry; the last 28 years with Lockheed Missiles and Space Co, Sunnyvale, where he was an Engineering Manager in Space Systems, and was associated with many successful satellite programs. He was a lifelong member of the Institute of Electrical and Electronic Engineers. During WW II, he was drafted into the army at 18 and served in Europe where he rose from Private to Staff Sergeant. He was awarded the Ardennes and Rhineland Campaign Stars. On December 12, 1947, Mr Bollman married Arline Esther Sjerslee in Seattle at the bride’s home. They lived “The American Dream,” buying a home in the suburbs, having children, and taking trips in their 1957 Ford station wagon. The marriage endured for 63 years until Arline’s death on March 15, 2011. After retirement, Vic and Arline moved to their “Home in the Oregon Woods” in Aurora near Wilsonville. They saw some of the world by traveling to Canada, Hawaii, Hong Kong, London, and cruised to Alaska and Norway’s North Cape. For many years, Vic was an avid mountain climber. He scaled most of the west’s peaks including Rainier, Baker, St Helens, Adams, Hood, Jefferson, Shasta, and Whitney. He also descended the Grand Canyon on foot with his children. His hobbies were chess, the beach, genealogy, and old cars. Mr Bollman is survived by his children; Stephen, Allison, and Brian, three grandchildren, and numerous nieces and nephews. He was preceded in death by his twin brother Dean in 2009 and his brother Paul in 2017. No public services will be held at his request.

The family of Victor Stanley Bollman created this Life Tributes page to make it easy to share your memories.